Born in Venice, saxophonist Claudio Fasoli now lives in Milan, Italy. After a long apprenticeship and many sessions with various prominent musicians, he achieved popularity in the '70s playing with PERIGEO QUINTET, among whose other artists were Franco D'Andrea and Giovanni Tommaso. This group performed throughout Europe and also overseas, and with it, Fasoli gained considerable experience both as soloist and composer.

When the group disbanded in 1978, he became leader of his own groups, putting together mostly trios or quartets. Some of the great names of the European and international jazz scene have played in these groups, for example Henri Texier, Lee Konitz, Jean-François Jenny Clark, Aldo Romano, Kenny Wheeler, Manfred Schoof, Dave Holland, Palle Danielsson, Tony Oxley, Bill Elgart and Mick Goodrick.

He has introduced his own compositions in concerts and festivals around the world, and also created a remarkable discography. In addition to his native Italy, he has performed in France, Switzerland, Jugoslavia, Poland, Germany, Holland, Belgium, Spain, Finland, Luxembourg, Denmark, Sweden, England, Ireland, Canada, Mexico, Cuba and the United States.

Fasoli adapts well to various musical settings but has developed his own solo style and a recognizable, always-developing, compositional approach. Acclaimed even abroad, he continues to work with the best italian and foreign musicians.

Fasoli performed as a featured guest with Footloose on October 3  at Palladium in Malmö during KOPAfestival 2008. 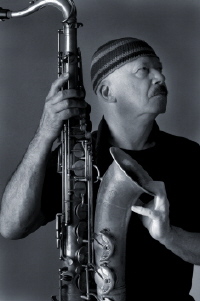