This is the CD debut from Epstein / Åman / Nilsson. The albums mainly features Epsteins compositions as well as a couple of collective improvisations and the music ranges from melodious, rubato pieces to rhythmic structures and songs that are based on grooves - modern and original acoustic music! 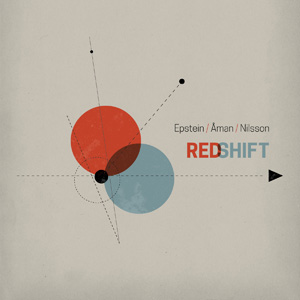 "This is an excellent trio who sound like they've been playing for a long while, tight,
spirited and filled with joyous, uplifting vibe. Nothing too free or ever
erupting. A modest gem." - Bruce Lee Gallanter / Downtown Music Gallery, NYC

"Epstein discography is quite scarce and this trio enables him to express his rich and warm voice and his strong sense of melodic flow. Epstein is a natural leader but this is a balanced trio, characterized by a tight and playful interplay that stresses the immediate rhythmic drive and invention of Åman and Nilsson. Both keep feeding Epstein with shifting dynamics, coloring his flow of ideas with reserved command and elegance, while being fed by his lyrical, singing tone and song-like abstraction. There is nothing surprising in the art of this this trio. Somehow, it may sound «Painfully Simple», as suggesting the title of one of an exceptional quiet. contemplative piece. Still, all the pieces sound fresh and beautifully nuanced,  specifically because of such an unassuming approach, the emphatic interplay and the wise rhythmic variations." -Eyal Hareuveni/Salt Peanuts