For lim improvised music is at the very centre. As a concept, we have turned it around for over fifteen years, trying to understand what it is and what we want it to be. On Disembodied, our fourth full length album and the first with Samuel Hällkvist as an ordinary member, we attempt to expand the musical forms and look beyond jazz' traditional solo forms, among other things. The long structures are allowed to develop over time and we, as a group, have taken one step further. 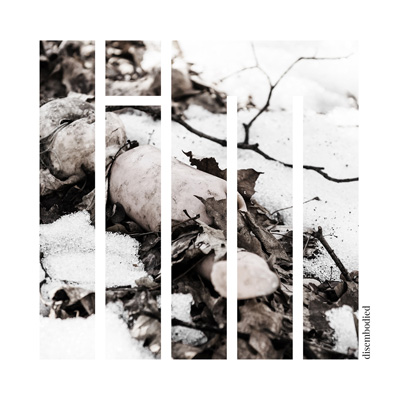 2. The Nomad
3. The Horrible Being

"The opening track, Disembodied Violence, is anything but violent, yet still has a dark, yet relaxed undercurrent. On The Nomad, the quartet again plays a laid back yet brooding proglike song with some sly and oddly Frippish sustained guitar in the distance. The last
piece is long, solemn in places and evolves slowly and feels like a dream unfolding. Towards the last section, the guitar takes a slow yet effective solo, making each note count. What I like about this disc is that, it is not about soloing but creating and extending certain moods. Not listening closely yet still evoking those righteous, restless spirits.
- Bruce Lee Gallanter / Downtown Music Gallery, NYC