Johnny Åman was born on February 10th, 1986 in a small city called Nykarleby on the west coast of Finland. 2005 he moved to Sweden to study music at Malmö Academy of Music, and in may 2010 he graduated with a masters degree. Today Johnny is one of the busiest bass players in Sweden. 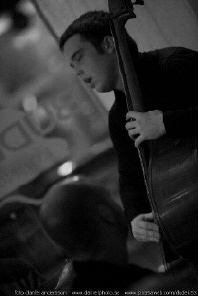