Brazilian percussionist Emilio Martins initiated his musical career when he was 8 years old. He started playing drums, having the first slight knowledge of the instrument with the musician Sergio Saia (Dick Farney's drummer), and became a professional musician when was 15.

He studied in “Conservatório Carlos Campos”, in the city of Tatuí, where  he later worked as a professor. 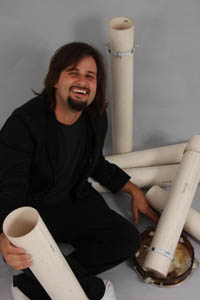