Superlim is lim´s second album (their first one was released on db-productions in 2002). This album was recorded in December 2004 and mixed, edited and produced by David Carlsson and lim in 2006. lim´s music is (still) based on rhytmic ideas, but the sound of the group has evolved into a more acoustic and suggestive one. 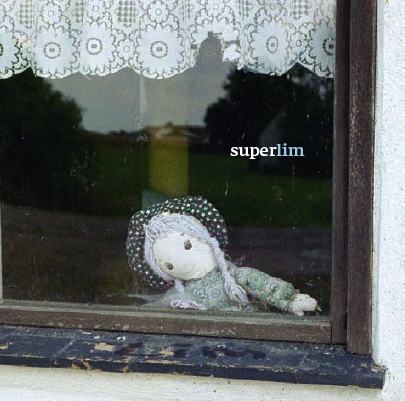 All compositions by Frisk, except 5 and 7 by Frisk and Nilsson.

"The Free-jazz trio lim, from Malmo, Sweden, display a proclivity for impromptu musical wanderings born from the imagination and bred through avant-garde techniques and Modern-free outgrowths. Their songs are mainly Blues-free tints moored by sparse rhythms and conditioned with bluesy wavelengths emitted from Henrik Frisk’s saxophone, David Carlsson’s bass, and Peter Nilsson’s drum strides. Their freelance quills and coiling textures have a common factor with avant-garde performances by Grachan Moncur III, Albert Ayler, and Pharoah Sanders. The absence of defining melodies gives the songs a free-for-all form with installations of dawdling notes, sauntering rhythms, and improvised musical ideas. The mobility and shapes of the sonic craters and composites are personally determined by their creator, crafting a plethora of disoriented and contorted sound constellations.
Lim’s current album, their sophomore release Superlim, is Sound Art at its highest level of freedom. The music has reflections of the experimental jazz phrases presented in the ‘60s avant-garde films made famous by director Federico Fellini and still practiced in many Parisian jazz parlors. From the start, the listener feels like an observer with tracks like “Shulaffel” and “Vito” spritzing drum strokes and pacifying bass tugs as sprinting saxophone notes poke through the rhythm links, sprouting tingling outgrowths along the chord progressions. The drifts in the series of notes are extemporized and inventively orchestrated, making the listener a mere watcher of this expedition. Lim’s tooling with rhythms and notes resonance explores organic movements and shapes of sounds. The band which formed 10 years ago, builds a forum for rhythmical freedom and contorted structures that bend and twist in ways that are completely unique and avant-garde. Ancient folk tales insist that the power of three is extremely potent and lim shows that to be certifiably true."
- Susan Frances/www.jazzreview.com


“The playing (still) remains reflective as a balanced energy patiently develops into what becomes a very suggestive style. Musically audacious, lim stays boldly faithful to this design, restraining from an extroverted energy. True to this idea, the final piece, Re:Happy, climaxes with an explosive 3-minute release. The music is tightly structured throughout, gifting the listener, note by note, with a small piece of the puzzle. A very interesting CD that is well worth the listen.”
- Jan Strand/Orkesterjournalen

"..with the sequel "superlim", they (lim) continue to expand their rhythmical universe in a free-spirited environment. Their interplay is dynamic, and in these 7 original compositions, it's more about the big picture than individual efforts. Your experience will benefit from repeated listening, this music still grows on me."
- Uno Ohlsson/Norrköpings Tidningar

"Lim is in no hurry to move ahead, but stands calmly in the studio to develop a real dialogue of pitches and rhythms. Each composition states a main melodic/contrapuntal theme which is suggestive throughout each track. Echoes of jazz and also blues are resounding largely as a platform for a contemporary dialogue between the band members as well as the listener. The lim trio has a lot to say and I'm happy listening, each time around I've discovered more."
- Bengt Eriksson/Lira