The wooden’s warm and softly singing timbre, together with the wining, cool and shiny sound of glass… It’s gotta sound delightful! When I for the first time heard the fantastic sisters Gretli & Heidi perform, I immediately envisioned a project putting them together with my trio Viva Black. Then in the fall of 2015 it began to take shape when Catharina Backman, Carin Blom, Peter Danemo and I started to write material for this ensemble, which premiered in the old reactor Reaktorhallen R1 at the Royal Technical University in Stockholm. I am very excited that this music is now to be released on this album ”Mal Sirine”. And doesn’t it sound delightful - sounds never previously conceived will be assured when glass harp, bottles, bowls and plates resonate together with violin, the bass and drums. The sisters had just spent a week in the Swiss Alps at a yodelling retreat, so some yodelling is promised as well! - Filip Augustson, bassist of Viva Black 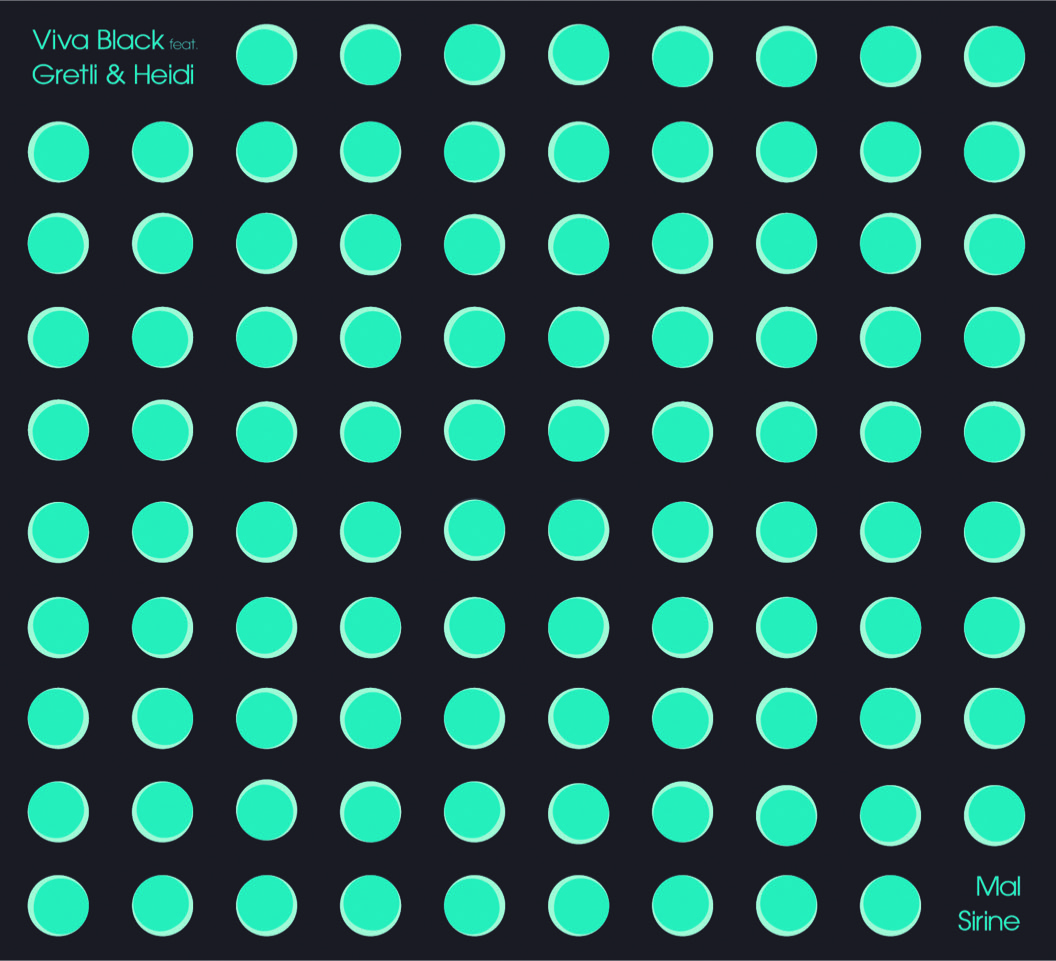 "...Opening with the title track, the longest on this intriguing album, weighing-in at fifteen minutes, the music shifts from booming single drum to resonant bass overlaid by Eva Lindal's lugubrious violin. All the while there are little percussive surprises courtesy of the guest composers and musicians Catherine Backman and Carin Blom. The dulcet arco bass and violin on "Vetenskapens Katedral" are underpinned by the gong-like sound of glass bells. Rarely does a listener get to hear such a variety of percussive noises intermixed with a rich pulsating pizzicato bass and a lustrous violin melody, as witnessed on the beautiful "Ögat."

"R1: Värmestrålning" introduces the voices of Backman and Blom singing in unison with the violin. Proceedings become noticeably heavier on "R1: Tryckvåg" with the intervention of drum and bass played in close-knit bursts surrounded by ethereal- sounding glass harp. Just as rapidly the music diminishes in volume at the beginning of "R1: Vindar" to reveal the twin voices of Backman and Blom, but gradually builds with the addition of the ensemble playing in rather more conventional syncopated style. The singers even insinuate some theatrical yodelling vocals here. The tintinnabulation of glass harp opening "Ein Bisschen Schmerz" is juxtaposed with sonorous bass and lyrical violin and punctuated by percussion before the tension is released by a full-on freewheeling trio interlude backed by glass percussion before reverting once more to the tentative strains of arco bass and glass harp. The final piece, "Drew's Brew" is a masterclass in restraint, where the trio allow the composition to breathe with space and yet are still able to impart vibrant cohesiveness. That the glass duo is able to add their subtle art to the composition is a true bonus.

Mal Sirine is simultaneously mesmeric and charming, and the addition of the glass duo is a masterstroke, transforming an already captivating trio in a truly extraordinary quintet. The music that is produced can quite often deceive the listener into believing it is computer-generated, but this is all analogue-derived and fascinating. Oscillating from barely audible chimes to crescendos of fortissimo turbulence, this album is impossible to ignore and equally impossible not to admire. "
- Roger Fareby/All About Jazz

"...As always, the music is complex and multilayered, requiring a very attentive listening and total involvement from the listener, but the depth of the music and its unique aesthetics are deeply rewarding and fascinating. The innovative approach to music, the sublime dynamics and the constant search for new elements of expression make this music alive and soaring, even if most of the time it is very intimate, subdued and minimalistic.

The individual performances are, again as usual, exceptional, with Augustson's bass driving the music steadily, while Lindal is free to play the themes and improvisations and Cantillo to play around with the pulsations. Backman and Blom add ambient sonic vistas and percussive tones, as well as human voice to the mix, which altogether works wonderfully. More importantly the balance and interplay of the entire quintet is also achieved perfectly,

The music of Viva Black is slowly creating a unique niche within the Avant-Garde Jazz – Classical Fusion and the fact that the trio managed to release three consistently excellent albums in a row makes them one of the most interesting phenomena of the sub-genre. One can only hope they will be back soon with some more of their musical magic. Personally I can’t wait to hear more of it!"
- Adam Baruch/The soudtrack of my life