This music has been developed through a cooperative ”relay - process” where both composers have been presenting ideas, form structures, tunes, grooves etc. to each other.  Olin writes a new arrangement of the ending of the ballad Precious Flower. Jönsson uses a chord sequence from Olin’s piece to develop a bass line and to write a second section of Lille E. The material goes back and forth until it gets its final shape. 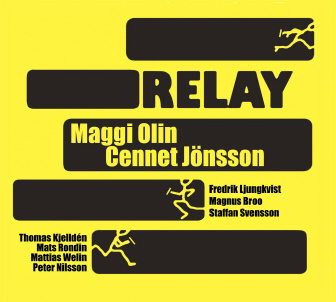 1,4,6 and 7 by Jönsson. 2,5, 8 and 9 by Olin. 3 by Olin/Jönsson. Recorded on December 18, 2006 at SAMI Studios in Stockholm by
Göran Stegborn. Mixed by Göran Stegborn. Mastered by Hans Olsson
at Dicentia in Gothenburg. Produced by Maggi Olin & Cennet Jönsson.

”The music is a fine, impressionistic work that owes a lot to the writing of Gil Evans and Maria Schneider and has a lot of lovely little details, like the move from a Spanish trumpet fanfare to a walking Blues line on Coola Klubbor, a sparkling, ascending ribbon of piano and soprano sax on Lille E and the prickly reed play on Shanghai Blue. Other highlights include Fredrik Ljungkvist’s baritone Blues wailing against the dreamy slow motion ensemble work of  Over The Bråu, the strutting cello-led Mediterranean dance rhythm of  Foungla! and the light-footed clarinet and piano waltzing on Sus O Dus. This group brings in influences from all over to create singular and smart music.”
- Jerome Wilson/Cadence Magazine


”This is one of the year’s most interesting Swedish releases. Pianist Maggi Olin and reed player Cennet Jönsson have successfully composed this music, performed by a 9-piece ensemble with an unusual instrumentation. Both of them are also interesting soloists, something that goes for the entire group by the way. The arrangements and the timbres are challenging without any apparent models, but there are a couple of exceptions; Maggi´s Over The Bråu brings the suggestive music of Charles Mingus to mind. Broo´s fiery trumpet slashes in the eccentric Foungla!, and the monotony in Cennet´s Shanghai Blue creates inciting tension. The cello is exquisite in the beautiful Precious Flower, and Fredrik Ljungkvist is an unconventional clarinet soloist in Sus O Dus, where Peter takes a mellow drum solo. Rondin´s cello and Cennet´s soprano entice in Maseso. All in all, this is a group that deserves much wider recognition.”


”The two arrangers have really gotten the maximum out of the sonic possibilities. It´s especially delightful to listen to the two saxophonists Jönsson and Ljungkvist who have to be considered two of Sweden’s finest. Relay is an unusually successful album, thanks to Jönsson and Olin, – who’s lyrical and soft piano playing is best featured in her own Sus O Dus – who managed to combine elements and instruments from different musical worlds, and still retain one of the characteristics of jazz: the forward-moving pulse, here exemplary provided by Welin and Nilsson.”
- Ole Nimand/Jazz Special


”This is very accomplished jazz, music that pushes and pulls in different directions and combines different genres and aesthetics in a new way, genre-transgressing music. This album moves towards craziness, at times extreme, almost flipped out, but never loses it’s form or meaning. The slower, more harmonious pieces in between become soothing sanctuaries, a moment of rest before the next outburst of  high charged action.”
- Eva Nikell/Lira


”Olin’s and Jönsson´s music for this Swedish nine-piece elite ensemble (including cello and French horn) is thoroughly worked through, organic and sonically enriching. There’s a lot to listen for, like Jönsson´s beautiful Shanghai Blue, where the clarinet and bass clarinet begin by rubbing against each other. Olin salutes Mingus in two different ways in Coola Klubbor and Over The Bråu.”
- Alexander Agrell/Sydsvenskan


”This music is rich, and moves between the experimental and fragmented to strained, melodic passages. This is contemporary jazz with capital C and J, and still elements of classical as well as pop music sneaks in too.”
- Niels Overgaard/Jazznyt.blogspot.com


"Pianist Maggi Olin and saxophonist Cennet Jönsson are striking composers. Listen to their distinct voices, while their ideas are forming a  new synthesis. The intimacy of the small group is integrated into a  bigger format.. This is fantastic music."
- Magnus Eriksson/Svenska Dagbladet

"..Relay is without a doubt one of the best Swedish albums of 2007.. There is a tremendous power and jazz feeling in the music.."


"Some of the best jazz on record right now.. ..This nine-piece band is  playing unpredictable and exciting music. A music where you never know where it's going to go next, consisting of mighty ensemble passages, lots of soloing, and an immense rhythmical intensity."
- Hans-Erik Bergman/Sundsvalls Tidning 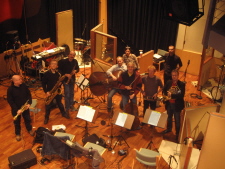