The Opposite was initiated by Loïc Dequidt and Peter Nilsson with a desire to investigate improvisation and interplay through a collective  approach. Their music is based on rhythmic concepts, partly inspired by the musical traditions of India, Africa and Cuba. The group's instrumentation and open approach creates a wide spectrum - sonically, dynamically and rhythmically. The group made it's debut performance at Palladium in Malmö on October 3rd, during KOPAfestival 2008. 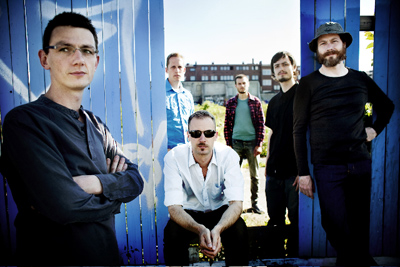 You can also find The Opposite on Myspace.

The Opposite performed on October 3rd at Mejeriet in Lund during KOPAfestival 2009. They also released their first CD, Intertwined, in connection with the festival. The album received the Swedish Manifest-award for best jazz.recording in 2009.