New CD"Antelope Dance" is out now!

This quartet, made up of all Swedish musicians, has been a working unit since 2001 and has uptil now performed at jazzclubs, festivals and has been broadcasted several times on national radio in both Sweden and Denmark.


CJQ performed, featuring accordeon- virtuoso Lelo Nika, at Victoriateatern in Malmö on October 12 during KOPAfestival 2010. This constellation also performed in July in 2011 at the "Sommarlund"- festival in Lund. 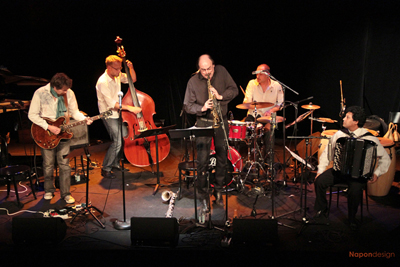 
In 2003 the group´s first CD “Jazzman” was released on Kopasetic.

CJQ performed and worked with students at Guildhall School of Music and Drama in London 2006. The group also played at the Padova International Jazz Festival in Italy in 2007.