The trio made a very succesful Swedish tour in the fall of 2004, produced by Rikskonserter, featuring cello great Svante Henryson.The response from the audience as well as from the press was overwhelming!

Krister Jonsson Trio performed at KOPAfestival 2006 and has also toured  in Denmark with Svante Henryson as a featured guest.

The trio has also performed at Kulturen in Lund (with Jonas Reingold on bass).

The CD "Waiting for Atonesjka" was released in October 2004. 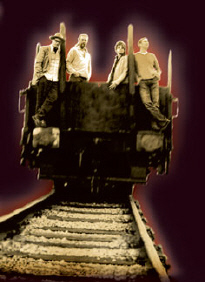