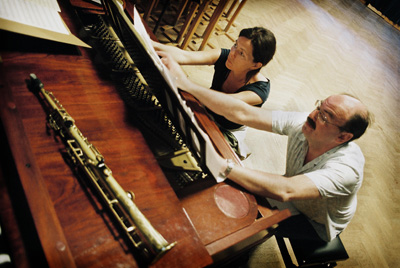 Relay Orchestra had their first performances at Jeriko in Malmö and at Fasching in Stockholm, Dec 9 and  Dec 12 2006.
The Swedish Jazz Radio P2 recorded  the concert in Stockholm and it was broadcasted in January 2007. The music was also recorded at SAMI studios and the album "Relay" was released in 2007 on Kopasetic.

In the fall of 2007 Relay Orchestra performed in Lund at the KOPAfestival and at the Umeå International Jazz Festival. In April 2008  the band played at Kulturhuset in Stockholm at the Swedish Jazz Celebration.